Travis D. Reeder was born to Betty and Henry S. Reeder, Sr. in 1965. He was the second of four children. Travis graduated from Newberry High School where he excelled in Academics and Athletics. Travis attended South Carolina State College where he earned a Degree in Business in 1988.

He has been employed by the School District of Newberry County since 1995. He currently serves as a case manager. He also spent eight and a half years in the Newberry National Guard where he was a personnel action specialist. He worked for a period of time at the Adjutant General’s Office where he was responsible for driving the National Guard Float throughout South Carolina for all the parades.

Travis has been married to the former Annette McClurkin since September 1995. They have three children, two sons, Tarence and Benjamin, and one daughter, Danielle.

In 2001, Travis started the Martin Luther King, Jr. March and Program, which is always held on the third Monday in January. Since then he has started a foundation which supports the program along with other sources. Travis is a part of many different organization which includes Past Master of Meridian Lodge #9, Secretary of The Drayton Street Villages, Member of the Southern Gents, Secretary and Treasurer of the Sons of Allen, and many other organizations and social clubs.

Travis is a visionary with a great deal of hope and promise for the future. He is very active with the community and help to coach Baseball and Basketball with the city recreation department. He believes everyone has the same opportunity to succeed in life as long as you follow the correct path in life and put God first. 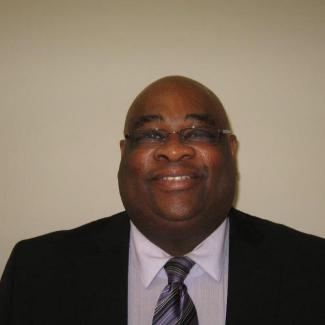